Chairman of the Council of People’s Commissars of the USSR Viacheslav Molotov and the Foreign Minister of Nazi Germany Joachim von Ribbentrop signed the Treaty of Non-aggression on August 23, 1939. Annexed to the treaty was a Secret Protocol dividing ‘spheres of influence’ of both countries in Central Eastern Europe.

The WWII broke out on September 1, 1939, when Nazi Germany invaded Poland. On September 17 Soviet troops entered this territory. In his radio speech Molotov supported this decision by an alleged attempt to protect local Ukrainian and Belarusian nationals. “The Soviet government regards lending a helping hand to its Ukrainian and Belarusian brothers inhabiting Poland as its sacred duty”.

On September 28 the Soviet Union and Nazi Germany concluded a Boundary and Friendship Treaty, finalizing the line dividing Poland. The relevant map was published in mass media.

Volyn and Galicia (Halychyna) became the war theatre for Polish, German and Soviet troops, going hand in hand with cities bombing, violence against prisoners of war and civilians.

From the viewpoint of politicians and military commanders, the outbreak of WWII was only a change in maps marking. However, the locals who were in the thick of war against their will had to live through a traumatic experience of destruction and murder. Meeting German and Soviet troops was their first encounter of ‘the others’. Some welcomed them with open arms, but some were cautious and even hostile. Mostly they did not have a single idea what to expect from one another. “The life, like a precious vase, fell down and broke”, a Greek-Catholic priest Gavryil Kostelnyk wrote, describing this time. Everyone had to put the pieces back together.

Each point on the map stands for countless little stories. How can they be joined into one large war story? 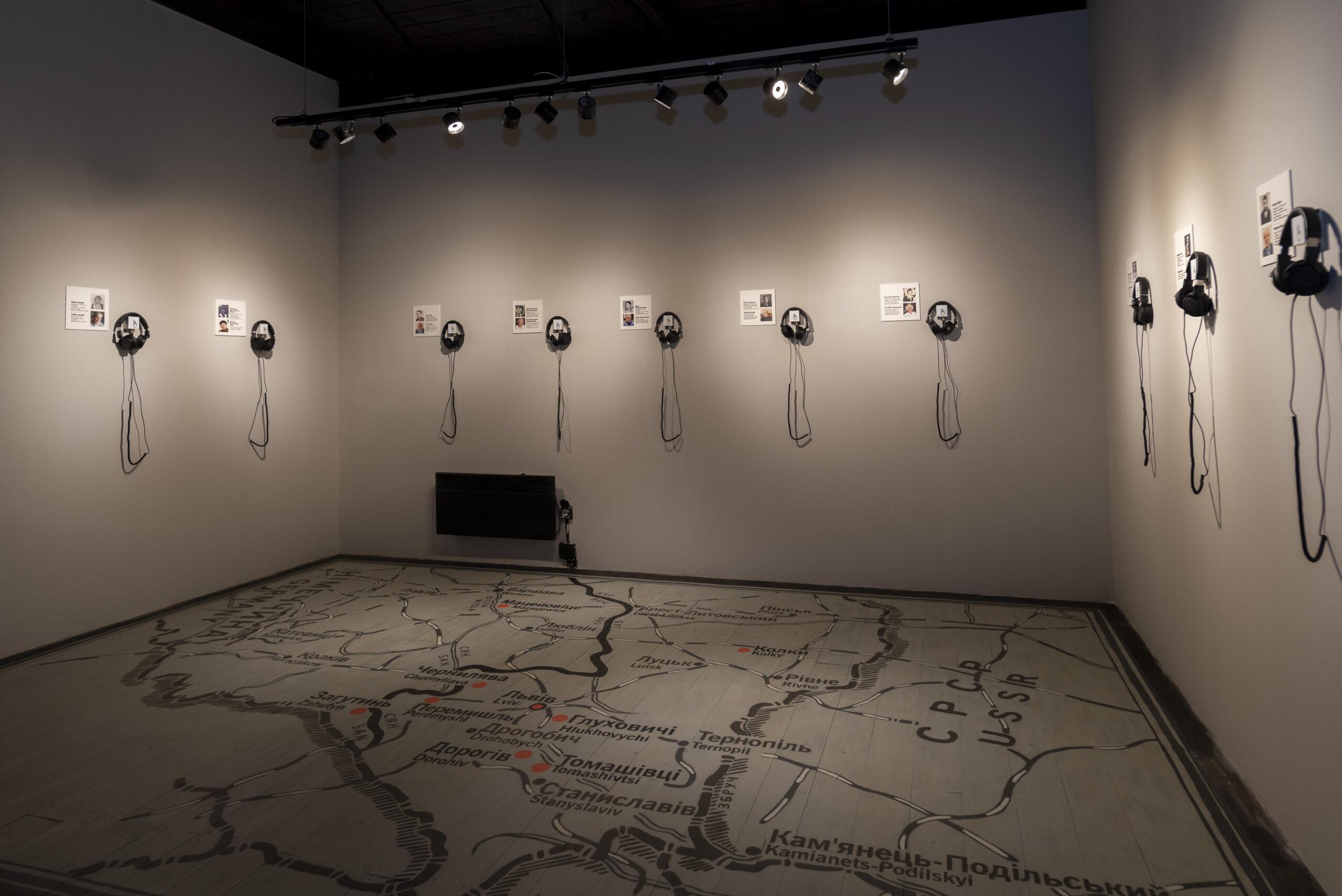 <p class=”text pt-20″>The second room tells the story of the beginning of World War II in the voices of eyewitnesses. It presents 10 stories of people from different parts of Western Ukraine, as well as Poland.</p>

<p class=”text pt-20″>For politicians and military leaders, war is simply a map on a table on which they remotely change border lines. Instead, people saw it quite differently. Some of them became refugees as a result of the war, while others saw the killings for the first time during the war.</p>