There’s hardly a family in Ukraine that never faced mass violence of mid-20th century, one way or another. Memories about these events are part of our family history. We may not be aware of them, but it doesn’t mean they don’t exist.

They could have been lost or intentionally destroyed, concealed, forgotten or turned unconscious. Systematic mind wipe in the post-war Soviet Union kept up the violence if transformed.

Not everything could be saved, so every photo is priceless. It exists beyond time, telling about our common past. With the consent of people and with the utmost respect towards their private lives, the Museum makes family archives public and forms images that used to be accessible to the families only. A private photo becomes a public artefact in a museum, and it’s open for observation and reflection.

Not unlike human destinies becoming entangled under mass violence, the photos on the table keep being mixed. Your nearest and dearest’s photos could have ended up here, for the Museum is full of stories, one of which could be yours. 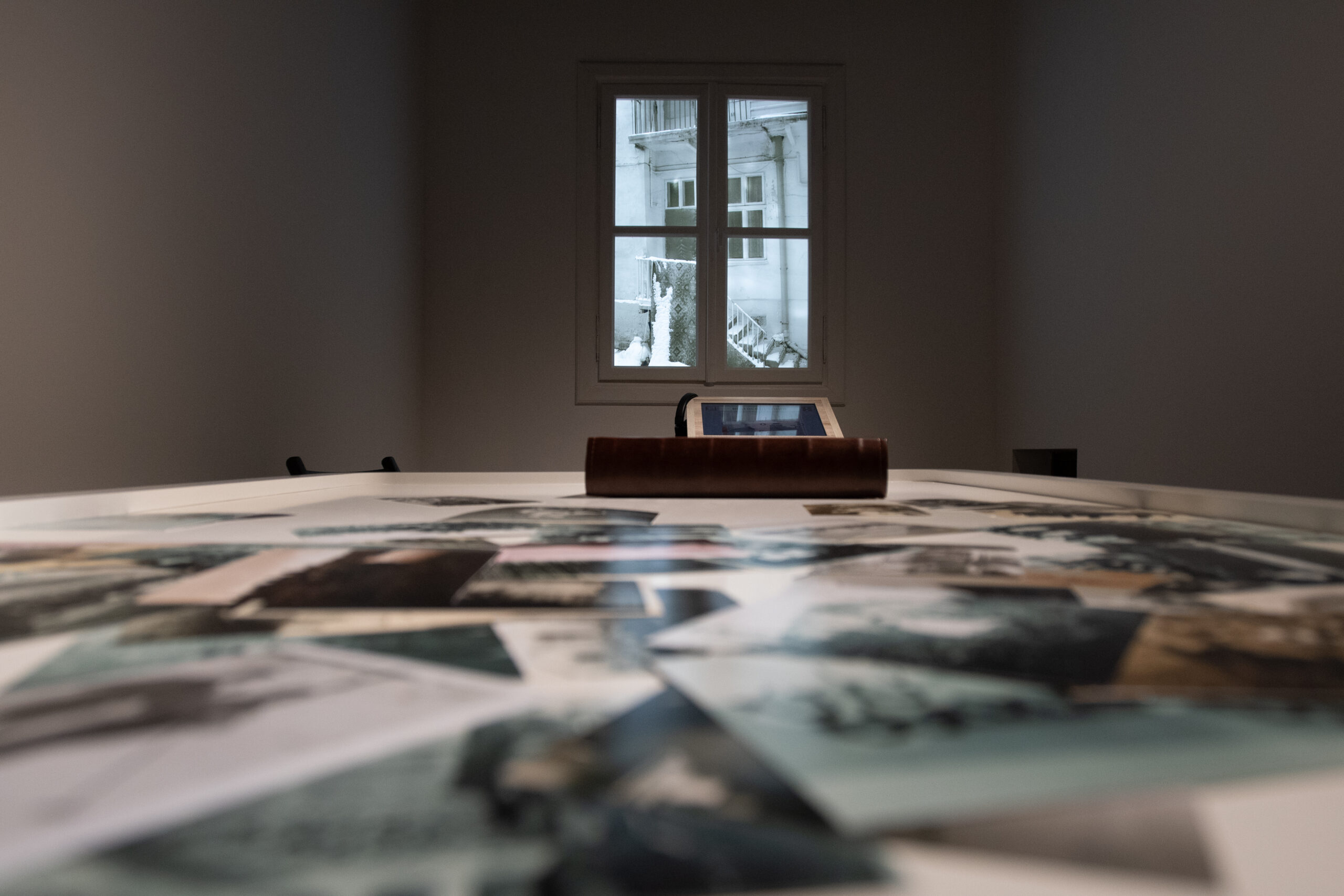 On the table are copies of hundreds of photos from family archives. Sometimes it is difficult to understand where and when they were made. For example, in one of the photos, smiling women celebrate the New Year or Christmas. It was deported in the postwar period. Even in difficult conditions, people tried to normalize their lives and in the photos, which were often sent to relatives, pretended that everything was fine.

Just as human destinies are intertwined in the face of mass violence, the photographs on the table are constantly mixed. Maybe there are photos of your loved ones. After all, the museum is filled with stories, among which may be yours.