Following the liquidation of Poland, Western Ukraine fell under the sway of the Soviet Union. New authorities used various methods to gain the locals’ affection. However, mass violence became the instrument of choice for Sovietization of the region.

Western Ukraine officially became a part of the Soviet Union in November 1939. KGB operational teams turned into fixed NKVD facilities which continued arresting people. According to Ann Applebaum, the grounds for arrests “were preposterous, while court and investigative procedures were absurd and even surreal”. Despite convicts being regularly sent to GULAG camps or executed on the spot, local prisons were overcrowded. As of 1941, over 20 thousand detainees were kept there, most of them executed by shooting in the early days of the German-Soviet war.

During 1940-1941 over 190 thousand people from this region were deported to Siberia and Middle Asia. The entire families were sent into exile and their property confiscated. 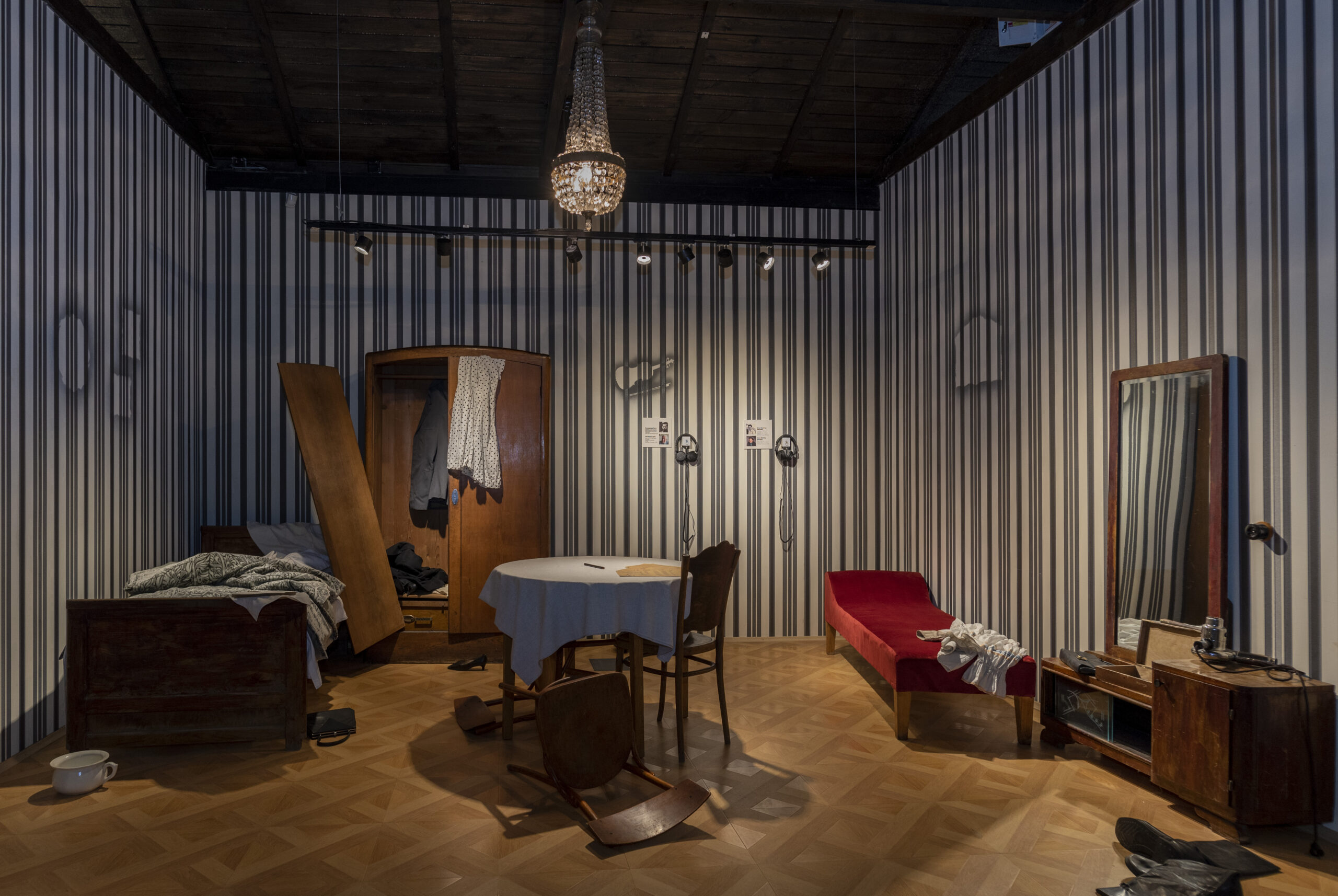 This room is a bedroom renovation after a search, arrest or deportation of the apartment’s occupants.

Opposite is a timeline showing the scale of Soviet violence in Western Ukraine in 1939-1941. Next to the timeline – photos of people arrested at this time.